Try sitting quietly and eventually you will be able to hear your heartbeat. Sometimes it is fast, ok maybe mostly it is fast because you are anxious, excited, angry or in a hurry. But what if it slowed down to a steady and happy rhythm?

“Atma Kriya Yoga helps you realise a personal relationship with the Divine by bringing the awareness of the soul into everything you do.” (Read More)

This advanced technique to reach your inner divine love, has been crafted by “Paramahamsa Sri Swami Vishwananda is an enlightened, God-realised Master. His mission on Earth is to ‘open the hearts of man’. He is here to help us experience and expand our own unique relationship with God.” (Read More)

The organization is known as Bhakti Marga: “Bhakti Marga is a path of devotion – a journey from the mind to the heart where we encounter true Love and our Divine Self. ” (Read More)

It was a reflective two days of Kriya that opened my mind to ask difficult questions, my heart to accept tough answers and at the most keep love above all.

Make it your 2020 transformation resolution. All the best.

Posted by harleenjabs on January 7, 2020 in Uncategorized

Photo by Marta Branco on Pexels.com

Posted by harleenjabs on June 14, 2019 in Uncategorized

Hindu Gods – Who are they?

Photo by Abhinav Goswami on Pexels.com

There are so many Hindu Gods, why?

I am in conversation with Vaishali Shah.

Hindu Sanskruti with Vaishali Shah presents the concepts, traditions and knowledge that are the pillars of Hindu Culture, heritage and society.

Posted by harleenjabs on June 7, 2019 in Uncategorized

Hindu Sanskruti- What it Means?

Photo by Gaurav Sood on Pexels.com

Hinduism is a fascinating religion and it was my pleasure to speak to Vaishali Shah on her knowledge of the religion, culture and its traditions.

Hindu Sanskruti with Vaishali Shah presents the concepts, traditions and knowledge that are the pillars of Hindu Culture, heritage and society.

Posted by harleenjabs on May 24, 2019 in Uncategorized

What Happened- My Book Review 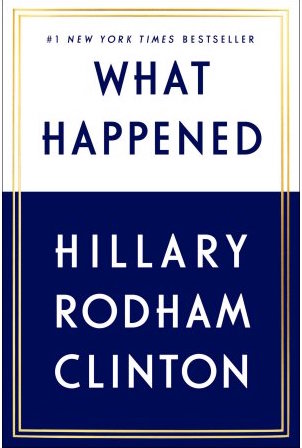 “When the votes were counted, we hoped the symbolic glass ceiling would be shattered forever. I had been thinking about what I wanted to say for a few weeks. My speechwriters Dan Schwerin and Megan Rooney had been working with Jake Sullivan and Jennifer Palmieri on a draft. I knew they also had a draft concession speech under way as well, but I preferred not to think much about that.”- What Happened – Hillary Rodham Clinton

It was the world’s most watched election and possibly everyone stood breathless when the glass ceiling remained high up and he came from down under and scooped the victory.

What Happened is the story of the aftermath of the 2016 American Election and how Hillary lost. She writes in the Author’s Note: “This is my story of what happened. It’s the story of what I saw, felt, and thought during the two of the most intense years I’ve ever experienced.”

I will not review this book from the perspective of the election but request you to take it up as an example of what happens when you lose a fight you fought for so hard and no matter what happened, you did not win.

Hillary is frank and lays her entire journey from start to end and the aftermath. Sometimes in life we invest so much in our projects, work, marriages, families or friends that if we had a chance to take a bird’s eye view this is maybe how it would look like, “What Happened”.

We rally a team of supporters in our lives. Whether it is our family, friends, workers or loved ones. They put in their hours and you work on a common goal. But what if you do not achieve it? This book is an excellent guide of how your choices can lead you somewhere and then everywhere and finally nowhere. She was vying for the top most job in the world, but put yourself in her shoes and you will also see, as she writes “too often we fail to think big enough or act fast enough and let opportunities for change slip away. Or we don’t have the patience to see things through.”

It takes a lot of self awareness to share so openly. In the chapter titled “Trolls, Bots, Fake News and Real Russians”, she writes “I know some will dismiss everything in this chapter as me trying to shift blame for my loss in 2016. That’s wrong. This is about the future.”

What kind of today are you living in? Which yesterday were you struggling in? What will you make future like?

As a woman, I remain inspired by her story and yes sometimes it does not work out but one must always try, you never know.

My favourite part is the concession speech in the Chapter “On Being a Woman in Politics”, she writes:

“Early on the morning of November 9, when it came to decide on what I’d say in my concession speech, I remembered those words. Inspired by them, I wrote these: ‘To all the little girls who are watching this, never doubt that you are valuable and powerful and deserving of every chance and opportunity in the world to pursue and achieve your dreams.’

A definitely good read, check it out: http://www.simonandschuster.com/books/What-Happened/Hillary-Rodham-Clinton/9781501175565

Posted by harleenjabs on July 10, 2018 in Uncategorized

The Power of I AM Joel Osteen- My Book Review 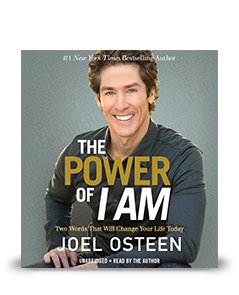 The Power of I Am- Joel Osteen, Courtesy http://www.joelosteen.com

This book changed my life, after listening to Joel Osteen speaking to Oprah Winfrey on the Soul Sessions podcast I was determined to read and keep it by my side to keep referring to it.

Yes it is true, what we tell ourselves becomes our story. Change your story, change your power, see what is the I Am in you. Since listening to the podcast, I write a daily I Am _______ and try and follow the theme for the day as much as possible.

“Too many people go around feeling wrong on the inside. They don’t really like who they are. They think, If I were a little taller, if I had a better personality, if my metabolism were a little faster….or If I just looked like her, I would feel good about myself.”- See Yourself as a Masterpiece Chapter 7

This is a great hand book to take you through tough times and bring you back to the reality that only one person in the world can change how you feel and where you go, and that is only YOU.

He uses several Christian scripture references and his personal references for his journey as a pastor and these keep you gripped.

“The Scripture says, “Those who have believed enter into the rest of God.” The way you know you’re really believing is that you have a rest. You’re at peace. You know the answer is on the way. You know the right people and the right opportunities have already been set in your future.”- Trust God’s Timing Chapter 16

This is a must read. Get your copy.

Posted by harleenjabs on June 19, 2018 in Uncategorized

I have been meaning to publish my book reviews on my blog for a real long time and I found this book the best one to start things off with.

Smarter Faster Better- The Secrets of Being Productive comes from the bestselling author of The Power of Habit, Charles Duhigg.

The book contains 8 simple yet powerful subjects on how to get your things done on time, fulfil your purpose and feel the best you can.

He uses various examples and provides insights into well researched papers that discuss things such as Motivation or Absorbing Data.

One of my favourite examples is for the animation FROZEN. You get stuck in life just because you have your own mountain of expectations but it takes you a while to realize that you are own inspiration and you can innovate. When Director Jennifer Lee and Songwriter Kristen Anderson-Lopez were struggling to give the animation an ending, they finally drew from their personal experiences of “letting go” and overcoming FEAR with LOVE.

Without trying how will you know and when you don’t know where you are going then things fall apart. In the Goal Setting Chapter, Charles points out “the reason why we need both stretch goals and SMART goals is that audaciousness, on its own, can be terrifying. Stretch goals, paired with SMART thinking, can help put the impossible within reach.”

So what is your impossible goal? Or what is your drag down activity and you want to let go or start afresh or simply do what you do better?

Try this book, Smarter Faster Better does get you to the path of clearing the way of nothing but your goal, productivity and satisfaction.

Posted by harleenjabs on June 5, 2018 in Uncategorized